Where was he born?

Our character was born in the town of Hillford on the northern shore of Lake Ilimitar within the Northern Sanction. Ilimitar is the name given by the elves in the Malorne Forest to the east. Most people around the Lake simply refer to it as “The Deep.”

Hillford has been around for 4 or 5 generations. Some brave folk from the city of Ravenwood decided to strike out on their own in the hopes of establishing a settlement on a different shore.  Life is typically rather peaceful in Hillford. They have had to deal with the occasional large scale raid of goblins from the Crag to the west, but the people of Hillford have learned to stay close to the town proper and stick to the roads when traveling, no matter what.

Who are his parents?

His mother was a simple woman, Laura. She was not unintelligent, she was just well accustomed to the time and place in which she lived and therefore expected little. She kept the house as tidy as one could and made sure the pantry was stocked for her husband and three sons.

His father was a blacksmith, not the blacksmith. The town of Hillford was just large enough to support two blacksmiths. Lothir certainly felt he was the superior craftsmen and did slightly better than his competition but most felt that was mainly due to the support of his two elder sons, Tarr and Duncan. The other blacksmith didn’t have apprentices so he couldn’t keep up on larger orders.

What was he doing before this adventure?

Tarr and Duncan were 8 and 9 years older than him so by the time he was old enough to realize what his father did, they were already apprenticing with him. He was always a bit clumsy as well so he was never asked to join the trio.

As a result he spent most of his time alone or with his mother in the markets. Through his adolescence he started to become fascinated with the other races as he came across them. It was mainly elves who came to trade but sometimes there would be a gnome or even a dwarf from the far South Eastern region of the Drawhen Hills. 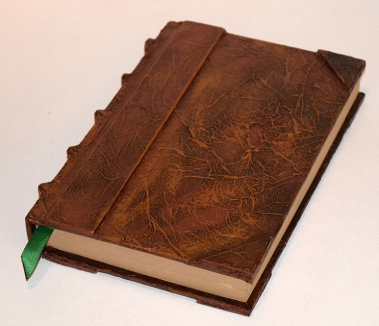 There was one elven merchant, named Folwin, who took a liking to our character. The boy’s interest is his race gave off a particular charm and he liked that. When our character was 16, Folwin arrived in town with a book for him. It was a brief history of Aynor, the now fallen capital city of the Northern Sanction.

His older brothers, now in their mid 20’s with wives and babies of their own, would tease him about his obsession with this book. As he grew older he was constantly referencing the book and the tales it told. The seed of a dream to see this now ruined city had been planted.

He took work in town at the cartographer’s shop. He could read many languages now and would was charged with translating maps into the common tongue or from common into a particular language upon special order.

Why did he leave his previous life?

One day, Folwin took our character aside and asked him a question. “Have you looked through the entire book?” Folwin asked. “Oh many times!” was the reply. “I was told when I first procured this tome that it contained ‘hidden secrets’ haha!” Do be careful with it” The elf said with a wink.

Weeks passed. Folwin left without a backward glance and our character was left pondering what he meant. “Could it be true” he thought. “There isn’t anything special about it – just the story of Aynor – could I be missing something?”

While leafing through the pages by candlelight he noticed something – a small line running down the edge of the inside cover. It looked as if it had been pealed back and resealed. He had been so focused on the text he never thought to check the book itself. He slowly peeled back the lining and found it, a folded up piece of paper.

When he opened it it was an exact copy of the map of the city found within the book. Disappointment began to wash over him until he saw them. They were little red dots, 4 of them, clearly marked within the city walls.

He decided then and there he would uncover what these dots represented. Treasure hordes? Artifacts? He would take the money he’d saved from work and leave. His mother would be happy no matter what he did and his father probably wouldn’t notice his absence for days.

What did he leave behind?

The only town he’s ever known. Hillford was a big enough place with people coming and going for trade and travel. They’ve even had a few bardic troupes pass through. Until Folwin gave him that book he had no desire to leave. It was a familiar place and comfortable. His family certainly wasn’t rich by any means but he never wanted for food or shelter.

What does he want?

To travel to the ruins of Aynor and discover for himself what this map means. He knows he’ll need help to get there but he doesn’t know who he’ll get it from. Perhaps he will first go east to the forest and find Folwin. He can let him know he discovered the secret!

He grew up as an afterthought, some might even say a mistake. He never fit in. This was his chance to show anyone who overlooked him, that he could accomplish something great.