This game has been on my radar since my first son was still gestating.  Ordinarily I’m not in favor of telling my kids to hurry up and grow already, but I’ve been impatiently waiting to play boardgames with them for ages!

You’re a bunch of kid wizards trying to navigate an invisible maze to collect magical tokens.  The first to collect 5 tokens wins.

The little magician apprentices have lost some magic objects inside of the master’s maze. Now they try to collect them before the Master notices anything. However, in the maze there are invisible walls and only one of the missing objects is revealed at a time. So they have to make their way through the maze by means of a good memory and lots of skill. 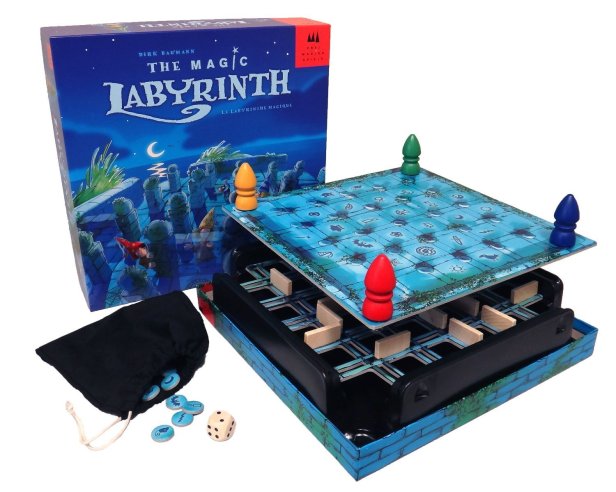 You do this by rolling the die and moving your wonderfully chunky pawn-magnet along the top surface of the map grid the given number of pips while underneath you carry a steel ball bearing.  Under the map board (and out of sight) is a randomized grid of walls.  If your pawn tries to cross into a new square of the map and the ball on the underside hits an invisible barrier, the ball falls off the magnet and rolls back to your starting corner.  Your turn is over, try again next time.

Good for the Kiddos? 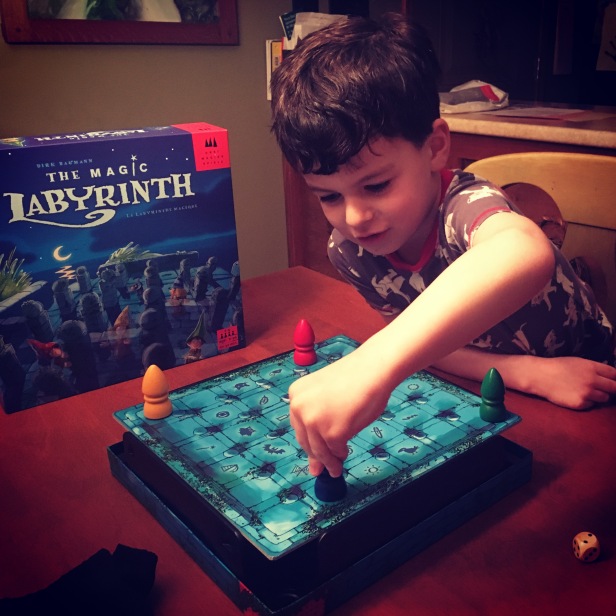 Boden is 5-1/2 right now and this game is an absolute perfect fit for him.  It took a whole 30 seconds for him to understand the point of the game.  On his first turn he hit a wall, had the immediate consequence of seeing his ball roll back to where he started.  On his second turn I got to see “the click” when he held his fingers on his pawn, remembered what just happened, and decided not to run into the same invisible wall this time.  When he successfully moved into a new square without losing his ball he looked up at me and smiled.  🙂

The game teaches the importance of memory, provides immediate consequences for mistakes, allows him to try again (he’s not out of the game), and reinforces the notion that practice makes perfect.

There is some luck of the draw when you pull a new token from the bag.  If the token ends up on the same space as your pawn, you get it immediately.  If it ends up really close to you, you’re gonna get it before anyone else.  But this is the kind of luck that works in a kids game.  It levels the playing field so the kiddos win once in awhile while still using their brain.

And if the kiddos lose?  The game is so short that it’s not such a heartbreak and we can reinforce losing graciously with high fives all around.

A lot of kid games aren’t that much fun for gamer parents, but both my wife and I enjoyed this one.  If you go a few turns without hitting a wall (due to a good memory or just blind luck) it gets more difficult to remember where the walls are!  If you go quite a ways without hitting any walls, it feels like you somehow have less information than the players who have been remembering walls the entire time.  It’s probably the same amount of information, but there’s some real tension at times.  Do you walk straight again and pick up the token that’s right in front of you?  What if a wall is there?  “Hmm.. maybe I should go around.”  But what if that’s a mistake?!  Gah!

Boden and I punched, setup, and played 1 game while his Mom was putting his little brother to bed.  When she came downstairs he asked if she wanted to play a round with us.  She took two turns and said to me: 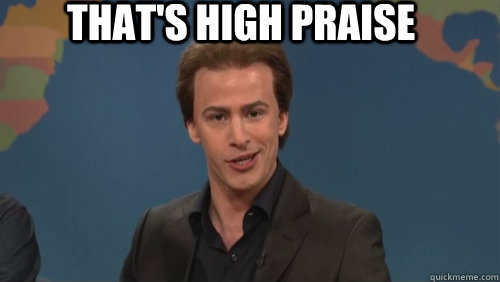