I’m just going to come out and say it: I love playing games on easy difficulty. I don’t know what took me so long to figure this out but now that I’ve started, I doubt I’ll go back. I should point out that I’m mainly talking about Open World RPGs and Strategy games. These are typically single player experiences where I want to spend the time I have efficiently, and feel accomplished. I don’t have the 100’s of hours others do to sink into these massive games in order to really master them. At the same time I love the experiences they offer. So – easy mode!

I’m sure my aversion to lowering the difficulty comes from the fact that I love to watch YouTubers and Streamers play my favorite games. Most of them always play on Hard mode or higher if possible and still come out victorious. I will inevitably get inspired to play the same game but find myself failing where they are always successful. The frustration inevitably gets to me and I stop playing and move on to something else, never having gotten the experience I wanted out of the game.

It all turned around when I decided to give The Witcher 3 another try. Something came over me when I loaded the game up on my PC. I just decided to set it to easy when I started out so I could catch up to where I left off more quickly (my previous play through was on the PS4).  I found myself enjoying the game so much more than my first play-through and, with some examples from other games as well, I’ll explain why.

A big theme of this site is not only about gaming with our friends and family but also about balancing time to play solo. Most gamers out there with children and spouses know that when we get time to play one of these games, that hour or two is precious. With games like The Witcher 3 or other open world RPGs, I would lose 50-75% of the game time on combat. I’d win some, lose others and reload, but without 4-5 hours to sink into the experience I never felt I had enough time to play.

Finishing a game like Shadow of Mordor or The Witcher 3 was just another fantasy I’d have to tell myself was possible. These games have 100’s of hours of content. If I get to play for 2 hours each week it would take over a year to complete them — assuming of course I don’t want to play any other game during that time.

Easy mode makes the time I have to play these game much more meaningful to me, and impactful on the content I want to get through. I’m no longer discouraged to jump into Geralt’s boots for an hour because I know I’ll make some progress, whether I get into combat or not.

I mention progress because at the heart of it, isn’t that what these games are all about? I want to see or feel the results of the effort I’m putting in. When I’m playing Pillars of Eternity, or a grand strategy game like Total War Warhammer (1 and 2 of course!) I want to feel that sense of progression every time I load up the game. If I have to stop playing after an hour and don’t feel like anything moved forward in the story or at least my power level…what was the point of that?

and the “dings” come in quicker. I want to be able to recruit those elite level units or deploy the really cool spells sooner! The fact that I also play all these different games certainly plays a factor as well. I’m not the guy who gets obsessed with one game or franchise, I spread the gaming love. These sweeping epic stories are what grab me and easy mode is the best way to be able to get to all of them.

Back in my WoW days of course I skipped the quest text. Everyone did. Just tell me what to kill and where they are. That was all I needed. As I’ve gotten older and story is becoming a more and more important aspect in games I’m really starting to care about the “why” in my gaming. A lot of these open world RPG, CRPG, and grand strategy games are ultimately just trying to tell a story, a story “told” by the player. 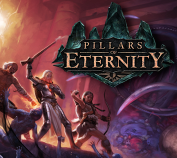 If I have to spend 75% of my time in combat or even worse, the same combat over and over until I win, I completely lose sight of why I’m doing any of this to begin with. Then the next time I am going to load up a game, I skip it because I’m not invested. That happened all the time on Normal and Hard modes. I love sitting down now, with a cup of coffee, and actually reading the text boxes that come up in Total War Warhammer, or really thinking through my conversation options in Pillars. When I have the game on easy mode I can take the time to read and make choices because I know I won’t be bogged down for an hour trying to beat a werewolf (I’m looking at you The Witcher 3).

Ultimately – we all play our own way. To be honest, I love beating the snot out of the AI without too much of a challenge. I feel powerful. I know the game is on easy and I’m not actually that good at the game, but I never intended to be great at it to begin with. I just want to experience these games and their stories while feeling epic. Easy mode is the best way for me to do that and if you’re struggling with time constraints due to a busy family life, it might be your solution too.

What do you think? Have you ever had a difficulty mode change the way you play your games? Let us know in the comments!