One of the things I’ve seen players struggle with the most is creating their character’s backstory. I came across a video on YouTube a while back and it completely changed the way I look at backstory and role play in general. Check out the Bacon Battalion RPG video on creating backstory. In the video we are given 6 questions we should ask of every character we play. 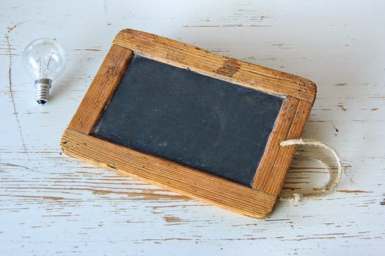 People who are new to Dungeons & Dragons or any tabletop RPG, struggle to come up with backstories because they can’t see their own trees in the forest. They look at the wide world and the millions of possibilities and get immediately paralyzed by options. Using these 6 questions will drive players down a less congested path, and lead them to the character they want to play.

Keep in mind these are the 6 core questions you need to ask of each character. However, each of the 6 can generate many more “flavor” questions that will only help to further flesh out your character.

On to the questions!

1. Where was the character born?

We are shaped by our surroundings. Before starting your game, talk to your DM and get to know the setting. Are you playing in the Sword Coast for your new D&D campaign? Or are you playing in a fantasy world the DM created? If you’re playing a C’thulu game, are you in Victorian London? South Africa? Once you know your setting, its your job to figure out where you were born within that world.

Many regions of any world can define the race you would typically be. If you were born in the forests maybe you are an elf? Were you born in a small town south of the crags and hills? You might be a half-orc. Born in a city? There is a good chance you’re human.

On the other hand, picking a race that doesn’t typically fit a location is a great way to get started. All those flavor questions start coming in. Why was a dwarf born there? A human?! In these woods?! This can be a great transition to the next question.

2. Who are their parents?

Who our parents are determines so much about our lives. It can clearly have an effect on the first question. You were born wherever your parents (at least your mother) was on that day! Spending time thinking about your character’s parents can add so much to your character’s story.

Here are some flavor questions as well…

3. What was your character doing before the adventure?

Typically you don’t need a terribly long answer to this. You may find that you’ve answered this question already after going through the first two. Maybe you worked in that cobbler’s shop alongside your father as his apprentice, dreaming of a world outside that town.

You may want to start a character who’s older and has left his hometown already. Maybe you managed to leave that cobbler’s shop behind, and have been working as a merchant sailor or sell-sword. The idea is to figure out what your PC (Player Character) has been doing prior to the moment you sit down at the table.

This is important to shape your personality and has a huge affect on the 4th question.

4. Why did your character leave their previous life?

So you were born in a small town to a simple cobbler and his wife. Your aspirations of something greater led you to become a merchant sailor. So why on earth are you here on this adventure?

This is where the real granularity comes into play. Let your mind wander through the possibilities at a high level like:

Once you have chosen something you like and it fits your character, fill in the details of all the flavor questions and you’ll know exactly why you are sitting at the table at the start of any campaign.

5. What did your character leave behind?

This question is a driving force behind your character and can be incredibly important for your DM. Knowing that there is something behind you like, your father who disowned you when you left, the sailors and captain you abandoned to come on this quest, etc., can come back to haunt you and make the game world feel truly alive.

Did you think the captain of the ship you abandoned would let you leave so easily? You took an oath to be on that ship! You’re being hunted everywhere you go!

6. What does your character want?

What motivates your character? The answer to this question can be very specific like you are hunting for an artifact. You were using the captain and his ship as a means to get here. You took that oath to serve the captain but it meant nothing to you. You knew all along you would leave them once you landed here.

Or the answer can be very broad like “I need to prove myself to my father so he’ll accept me” You know, daddy issues. Broad examples like this are great because they allow you to accept any challenge that’s in front of you and it would make sense for you to accept it.

This question could have the heaviest impact on how you actually role play the character. If the motivations are just and righteous you won’t lie or hide anything! You believe in what you’re doing and aren’t afraid to tell anyone what you’re thinking. If you are motivated by…less altruistic means…you’ll act more guarded and won’t want to reveal much about who you ware or why you are here.

We just answered 6 simple questions and have a pretty interesting character! Let’s say he’s a human male, born in a small town to simple parents. His father had him working in the cobbler shop so he might take over the business someday. However, our character knew he was destined for greater things. When the opportunity came, he jumped on a ship in the nearby port city and sailed West, into the unknown. He had heard of an artifact of great power and would use this captain and his crew to get where he was going. Now that he’s abandoned the ship and found this other group of adventure’s, (those you’re sitting next to at the table) he’ll use them just the same.

6 simple questions and we have ourselves the start to a great adventure!

As always, have fun.

3 thoughts on “D&D 101: How to Generate your Character’s Backstory”